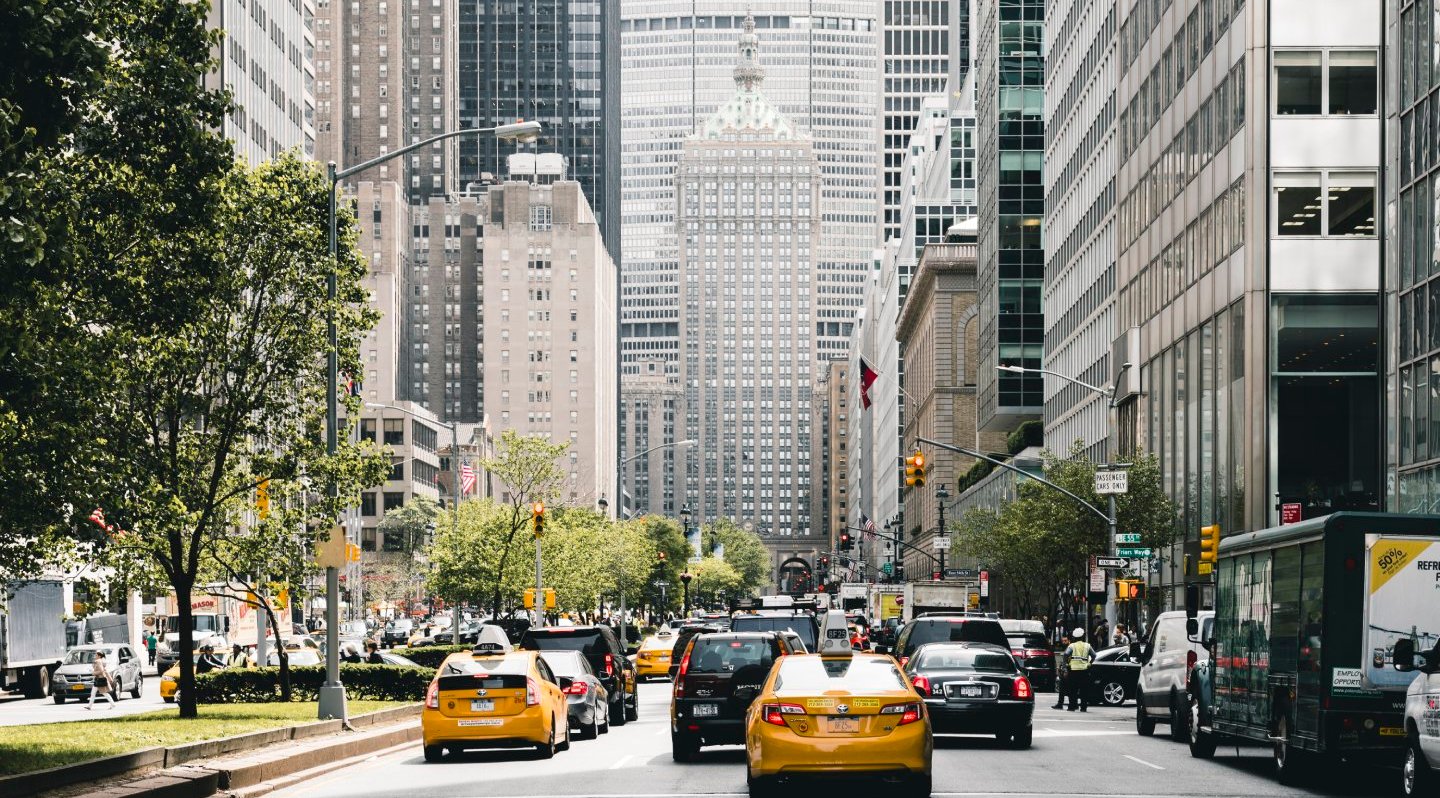 Drivers of commercial vehicles are at higher risk of being involved in an accident. This is often due to intricate maneuvers that are typically more difficult for larger vehicles and trucks to accomplish. The other issue is size. Oftentimes, the driver isn’t able to see around their vehicle to assess oncoming dangers.

To combat these risks, professional fleets are adopting advanced technologies to increase safety for their drivers who operate larger vehicles. Among these technologies are collision avoidance systems, which can greatly reduce the risks of driving a larger vehicle.

What is a collision avoidance system?

A collision avoidance system is also known as a forward collision warning system. A collision mitigation system, or a pre-crash system, is an advanced driver-assistance system designed to prevent drivers from colliding with another vehicle or stationary object. At the very least, it reduces the severity of an unavoidable collision a few seconds before it happens.

There are a few types of collision avoidance systems. Some use AI vision technology, and others, like Motive’s software, use dash cams and GPS technology to detect a collision that’s about to happen.

The system essentially gives the driver more eyes on the road, allowing them to see where they normally can’t. Should another vehicle suddenly change lanes or attempt to pass, or when a pedestrian or cyclist suddenly appears, the safety system will quickly make the driver aware of what’s happening. The best collision avoidance systems reduce the chances of human error.

How do collision avoidance systems work?

Typical collision avoidance systems use a combination of radar sensors, laser sensors, and cameras to detect the presence of nearby objects. These technologies then alert the driver when they’re on course to collide. The driver can then correct course or apply the brakes as needed to avoid an imminent crash. These alerts can also warn drivers when they’re over or below the speed limit or driving dangerously close to another vehicle.

Most anti-collision system technologies use cameras for image recognition and either a radar or laser to detect the proximity of other objects. They may also include a GPS sensor to detect fixed objects that a driver might not see. Some of the best crash avoidance systems will also use AI machine vision technology, which allows for automatic inspection, analysis, and accurate guidance.

Collision warning system models were initially designed and experimented with during the 1950s when automaker Cadillac developed a prototype of radar technology called the Cadillac Cyclone.

The prototype proved effective in detecting both stationary and moving objects in front of the vehicle, but the Cyclone feature was never released because it was prohibitively expensive to produce at scale. Fast forward to 1990, Pittsburgh-born inventor William L. Kelley later created the first modern, forward collision avoidance system that he called the Collision Predicting Avoidance Device for Moving Vehicles.

Since then, there have been several improvements to the original crash avoidance systems, each more advanced and versatile than the last. The National Highway Traffic System Administration recommended Automatic Emergency Braking (AEB) for most vehicles back in 2015, and has since agreed with automobile manufacturers that it will be included in 99% of vehicles from 2022.

Today, most passenger vehicles driven in the U.S. have at least one version of a collision avoidance system. These include a variety of Ford, Chevrolet, Toyota, Volkswagen, and Nissan models, among others. Safety systems are becoming increasingly common in commercial vehicles, with most including AEB as a standard.

Are there different types of accident avoidance systems?

Forward collision warning systems (FCW) help drivers keep a safe distance between themselves and the vehicle in front of them. The safety system assesses the speed at which both vehicles are traveling and the distance between both vehicles. The forward collision warning system will alert the driver if their vehicle is getting too close to the one in front. As a large number of road accidents in the U.S. are caused by rear-end crashes, a FCW system can help avoid the most common types of collisions.

Lane departure warning systems assess other vehicle users on the road to detect where and when someone begins to drift out of their lane. As the driver may not always detect lane departures, especially when it’s unexpected or coming from behind a larger vehicle, this type of accident avoidance system alerts the driver when it happens. The driver is then better able to take evasive action and avoid a potential collision.

An automatic braking system (ABS) is an advanced technology that instantly activates the vehicle braking system as soon as it detects an oncoming object. However, it will only apply enough braking power to slow the vehicle down enough to avoid an imminent crash, giving the driver enough time to take the appropriate actions to avoid the collision themselves. Some systems may apply the entire braking system to force an entire stop, but this could potentially be more dangerous if there are other vehicles behind the driver.

If you’re a commercial driver or fleet manager, then it’s important to install the best possible crash avoidance system. Whatever type of vehicles make up your fleet, collision avoidance systems can protect your drivers, other road users, and your business.

For commercial vehicle fleets, collisions can cost anywhere between $62,000 and $3 million, and that’s just the cost of repairs. There are thousands of road accidents involving commercial vehicles every year, with many causing injuries or even fatalities.

It’s important to know that these accidents aren’t always caused by the commercial vehicle driver, which is a common misconception due to the size of the vehicle. However, when commercial vehicles are involved in an accident, the costs can be astronomical for any business.

Because of the inherent dangers of commercial driving and fleet management, investing in a safety system that assesses every angle of the vehicle and road only makes sense. The best safety systems should include:

The sensor technology of an anti-collision system (ACS) will alert drivers of an impending crash before it happens, reducing the number of injuries and fatalities. Along with avoiding collisions, an ACS can save you and your business money. The fewer accidents your fleet is involved in, whether they’re serious or a minor fender-bender, the less money you’ll spend on vehicle repairs and increased insurance premiums.

How Motive can help your fleet stay safe

The Motive fleet safety solution combines a range of safety features to reduce the likelihood of a dangerous collision. It serves as the driver’s virtual partner in preventing accidents, assessing the varying risks of the road that your drivers might not see coming. Whether it’s dangerous driving behaviors, lack of focus, risky road conditions, or severe weather, Motive’s enhanced fleet safety solution can improve the overall safety of your fleet.

The Motive AI Dashcam instantly detects high-risk behaviors such as cell phone usage and alerts drivers in real time, so drivers can course-correct and modify their behaviors before an accident occurs.

The video footage captured by the AI Dashcam can also be used in coaching conversations to help with your drivers’ professional and safety development. In addition to in-cab alerts when drivers aren’t driving safely, the camera also records footage so drivers can learn from their mistakes. Conversely, drivers who regularly follow the rules of the road and practice safe driving can be rewarded — which is especially important with the ongoing driver shortage. Fleet managers can refer to the footage to determine which drivers are the most at risk and when disciplinary action may need to be taken.

The AI Dashcam also captures footage and stores it in the Motive system. A dash cam can be of tremendous value should a driver be wrongly accused of causing an accident to help prove their innocence.

Motive’s technology also monitors all of the vehicle’s fault codes through its direct connection to the onboard vehicle diagnostics and sends alerts when an issue occurs. Additionally, the system flags recurring issues. This feature can help prevent potential collisions by empowering fleets to address maintenance issues quickly and early. Request a demo today to learn how Motive can help your fleet become safer.