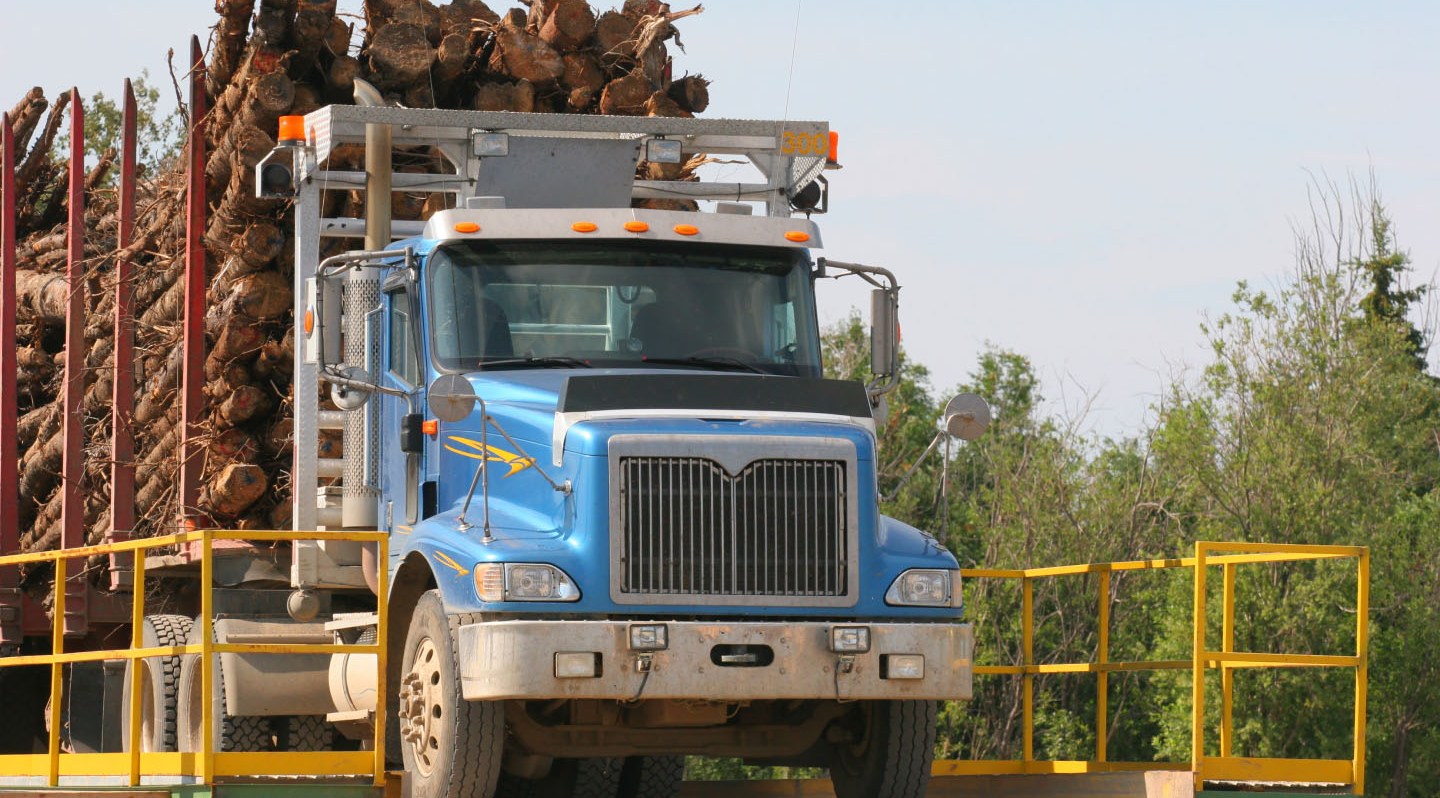 Overweight trucks are a problem for fleet and safety managers, truck drivers, and fleet owner operators. This article explains how a vehicle is marked overweight, and explores the potential risks and consequences of operating an overweight truck.

What is an overweight truck?

An overweight truck surpasses federally mandated maximum weights for vehicles on the road. The U.S. Department of Transportation Federal Highway Administration (FHA) has mandated the following maximum weights for the National System of Interstate and Defense Highways and reasonable access thereto (23 CFR Part 658.17):

Axle spacing is also a consideration. The FHA states, “to protect bridges, the number and spacing of axles carrying the vehicle load must be calculated.”

Is there a truck overweight allowance?

Although the federal government does not issue permits for oversize/overweight loads, carriers can apply to states where appropriate. State permitting office telephone numbers are conveniently compiled on a single list from the FHWA.

States may also issue permits for nondivisible loads. This happens when separating the cargo into smaller loads or vehicles would compromise the vehicle’s intended function, destroy the load value, or require more than 8 hours to dismantle. Divisible loads may also get load permits based upon historic state “grandfather” rights or Congressional authorization for a state-specific commodity or route movement at a greater size or weight, according to the FHA.

Did you know? Truck weight limits first started in 1918 in Maine, where they were only allowed 18,000 pounds max.

What are the risks associated with overweight trucks?

The Federal bridge formula illustrates one risk of overweight trucks—the fear that a too-heavy truck would undermine a bridge’s stability. The excess weight can also damage the nation’s roads, which are already costly to maintain. Yet, those are not the only risks associated with overweight vehicles.

Overweight vehicles are also a safety concern. An overweight truck is going to be more difficult to handle, may go down inclines faster than usual, and will require additional time and space to brake. There is also increased risk of tire blowout, drivers losing steering control while changing lanes or making a sharp, sudden turn, or a vehicle rollover.

Who is responsible for an overweight truck?

Drivers are seldom the ones to load the truck, plan the route, or deal with load permitting. Still, in most cases, the commercial vehicle driver is held responsible for an overweight truck ticket. Texas, though, recently passed legislation making it possible to prosecute the people who overloaded the truck. You may work for a company that pays fines on the driver’s behalf, but you’ll want to review your contract to know for sure.

What happens if your truck is overweight?

Drivers of overweight vehicles can face several consequences. In the worst case, the driver of an overweight vehicle could go to jail. And not just for one night, but for months. The driver may also have their commercial driver’s license (CDL) revoked.

Vehicles with excess weight above the permitted maximum can face heavy fines. The driver can be fined as well as the commercial carrier company that sent that vehicle out. There are additional fines for repeat offenders.

Any run in with law enforcement can also delay deliveries. If a vehicle is held up at a weigh station and found to be overweight, that truck won’t be going anywhere any time soon. This means carriers need to send another driver to collect that load while communicating with the customer about the change in the delivery schedule.

Does an overweight truck ticket go on your record?

In most cases, an overweight violation will not go on your record. Still, there are some states (e.g., California) where the overweight truck ticket can be recorded on your motor vehicle driving record (MVR) or be counted as a misdemeanor on a driver’s Pre-employment Screening Program (PSP) record.

What happens if a truck is overweight at a weigh station?

Drivers better have their overweight permit handy. Otherwise, if the vehicle weighs more than 6,000 pounds over gross weight, expect the government to stop that overweight truck from continuing on its route. There will be fines, possible jail time, and damage to customer relationships since the shipment is delayed.

How do I get an overweight truck permit?

To get an overweight truck permit, you’ll need to contact the vehicle permitting office for the state where you are driving. If the oversize or overweight cargo is traveling through multiple states, you’ll need to obtain permits for each state along the route.

The time it takes to get your permit can vary dramatically depending on the route, load, and vehicle used, so it is good business to plan ahead where you can.

If you’re going to be regularly transporting overweight or oversize loads, in some states you’re able to apply for an annual permit. This can save you the time spent applying over and over again for single trip permits. However, the fee may be prohibitive if you are not taking enough trips to justify the annual cost.

How much do overweight truck permits cost?

This is going to vary depending on the state. You’ll also want to calculate the price differential of getting a single trip or annual permit. For example, in California, one trip with an overweight load costs $16. An annual permit costs $90. Once you haul more than five overweight loads, you’ve saved money with the annual permit.

Using truck scales in your facility before hitting the road is an obvious way to reduce the risk of overweight truck fines. This will let you get an accurate weight before the vehicle is sent out.

Don’t forget to factor in fuel weight too. A vehicle with a near empty tank at loading that fills up before the weigh station could exceed the overall weight limit.

Plan routes carefully. Where the vehicle travels once loaded is going to make a difference as to whether it’s overweight or not. Fleet managers can use route optimization, even if it means a longer journey, to avoid routes that require weighing and permits.

Educate your employees about the risks. Not just financial, but safety too. You need everyone in your organization aware of the consequences of excess weight to avoid problems on the road or running into difficulties with authorities.

How Motive’s load board prevents fleets from carrying overweight loads

The Motive Smart Load Board can help you avoid overweight trucks. Divide up the cargo and find the right carriers with our freight matching service driven by artificial intelligence. Post loads to Motive’s network and leverage our massive scale, high carrier engagement, and unparalleled dataset to match carriers and loads. Or, if a truck is held up at a weigh station, use the load board to get that delivery back on schedule.

WIth Motive’s fleet management solution, it’s also easier to keep commercial drivers safe and optimize routes whether the vehicle is overweight or not. With our ELD devices, management and drivers can communicate easily, optimize drive time, and minimize violations with automated compliance management.

Learn more about Motive’s benefits for your fleet. Request a demo.