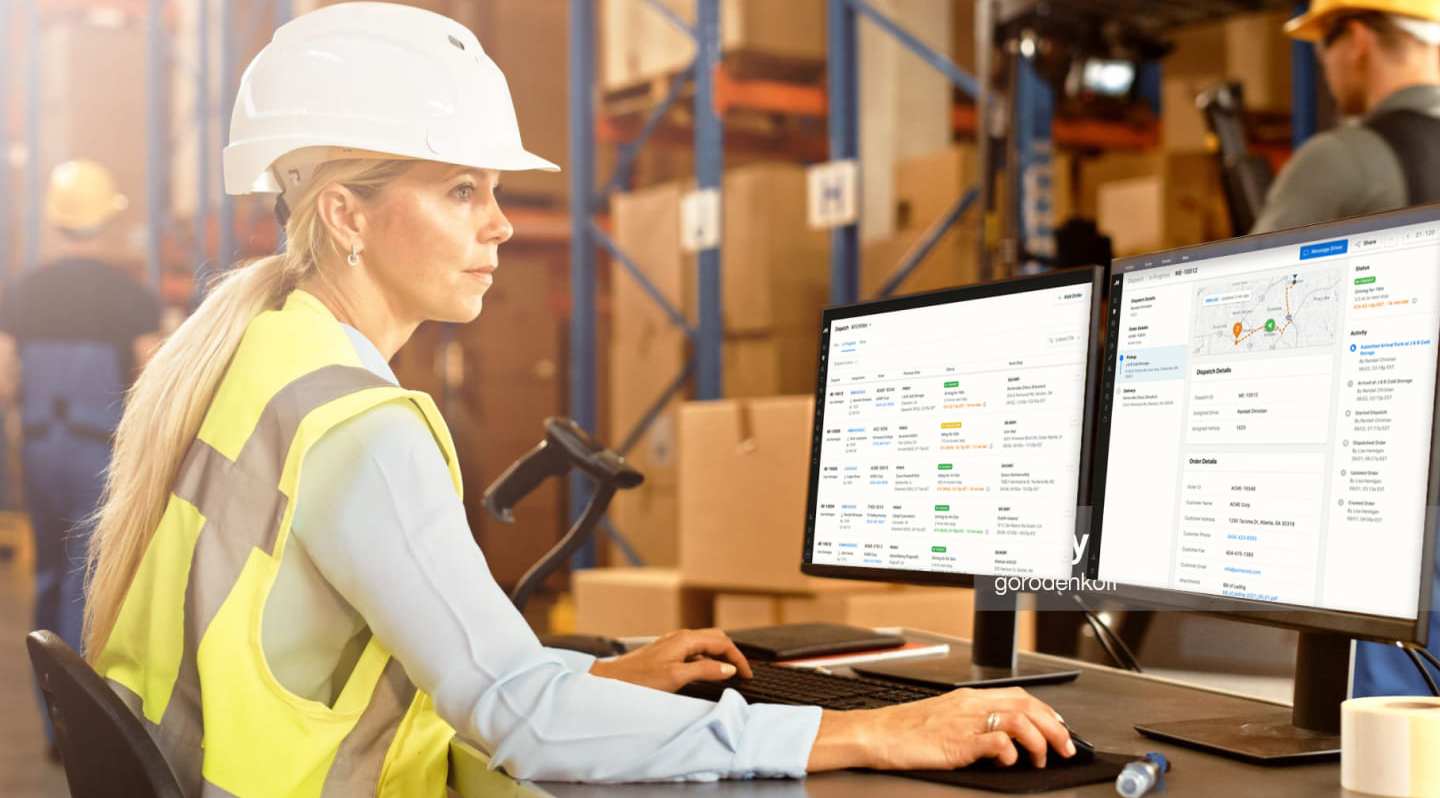 It’s no secret that driver retention is one of the biggest problems facing the transportation industry. But, just how big has the problem become? Let’s take a look at the data:

That last point is alarming. Why are drivers leaving so quickly? According to the study, a few of the top reasons are:

While there is no single solution to resolving turnover, the relationship with dispatch is very addressable. In this article, we’ll break down actionable truck dispatcher tips that not only improve the driver-dispatcher relationship but lead to more efficient operations

Often, a big part of the issue is that drivers and dispatchers have very different professional backgrounds, which can lead to conflicting viewpoints.

For example, to a dispatcher, it can be easy to think that if the math works, the route plan will work. This ignores the realities of the road where things rarely go as planned. Think detention time, traffic, and weigh station lines.

The place to start is to understand what it’s like to be a driver. There is much more to it than simply driving from point A to point B, and as an outsider, it’s impossible to really understand all of the variables that drivers must deal with.

Consequently, as a dispatcher, you must learn those variables if you are going to effectively manage drivers. Try to get dispatchers in the truck with a driver while onboarding.

Not only will a greater understanding of the realities of the road lead to better planned, more realistic routes, but it will increase empathy for the driver and help both parties “speak the same language.”

2. Get to know your drivers

It’s no secret that we all tend to cooperate with people we know and ideally have something in common with. So, as a dispatcher, it’s important to make an effort to get to know drivers on a personal level. Ask about their interests, family, career aspirations and write them down.

Not only will this improve the day-to-day working relationship, but it also shows the driver that you value them as a person instead of just another asset to move cargo.

As a dispatcher, it’s part of your job to provide feedback when a driver makes a mistake. But, this is a two-way street. Not only do we all like to feel our concerns are heard, but the driver is the one out on the road and can provide valuable feedback to improve future dispatches.

For example, were the load instructions clear? Did the driver have enough information about the receiver facility and drop-off requirements?

You find a great load opportunity, but it’s needed ASAP. You do some quick math and see you have one driver in the area that has enough Hours of Service remaining to make the run. But, just barely.

These loads are a major frustration for drivers. In fact, here’s a quote from a driver on TheTruckersReport:

“Mission Impossibles are loads so tight they have virtually no margin for error. Stopping to use the bathroom means risking on-time delivery. Poor dispatchers do this.”

So, before you accept that load, consider this dispatcher tip: Is the incremental revenue worth potentially losing the driver knowing that it will cost about $8,234 to replace them?

By choosing loads with more realistic timeframes, you can strike a better long-term balance between profits and retention.

Now that we’ve covered some ways to cultivate a better driver-dispatcher relationship, let’s get into some more tactical and operational tips on how to dispatch drivers.

When dispatchers need to update customers on ETAs, they often call drivers. Not only does this distract the driver, but it can also feel like micromanagement. By using a leading real-time GPS tracking solution, dispatchers can see accurate locations and ETAs at any point. No phone calls are necessary.

Pro tip: Some solutions like Motive (formerly KeepTruckin) can even send ETAs directly to customers to further streamline your operations.

Plan trips with some compliance cushion

A common driver frustration is that loads often provide almost no flexibility with their remaining Hours of Service. For example: If a driver has eight hours of drive time left and the destination is seven hours and 30 minutes away, simply stopping to eat lunch or use the restroom can mean not arriving on time and in extreme cases, having to park on the side of the road.

To make the planning process easier, choose a fleet management solution that has ELD compliance data alongside each driver on the GPS tracking map:

2. Dispatch loads and communicate through an ELD

Many dispatching teams send load instructions and updates through a combination of phone calls, texts, and emails. Not only is this time-consuming and error-prone, but it’s also a frustrating experience for drivers. Who wants to dig through multiple messages to piece together the latest information?

By dispatching and updating loads through a leading ELD, the driver will always have access to complete and accurate information right from their phone:

Additionally, streamlining any back and forth communication through an ELD’s built-in messaging app can create a true centralized record of communication that’s easier for dispatchers and drivers.

Detention time has long been one of the industry’s biggest challenges. As frustrating as it is for fleets, it’s even more so for drivers. Why?

As a dispatcher, you probably feel powerless about this. And rightfully so. Unpredictability has historically made detention time an elusive challenge to solve.

But now, you can finally do something about it.

Motive’s Facility Insights reflects average dwell times for your delivery window at over 80,000 facilities. With this data, you can know what to expect at a facility before accepting a load.

This allows you to dispatch more effectively in a few key ways:

When detention time does occur, Motive provides a simple report that shows exactly how much time your driver spent waiting at a facility. This allows you to collect detention pay with accuracy and proof.

Driver turnover is a significant and expensive problem in our industry. While there is no single solution, as a dispatcher, you can play a critical role in reducing turnover and increasing profitability.

In addition to these dispatching tips, many of the improvements that can be made require dispatchers to be empowered with a modern fleet management solution like Motive. If you’re interested in seeing Motive for yourself, create your free account today.