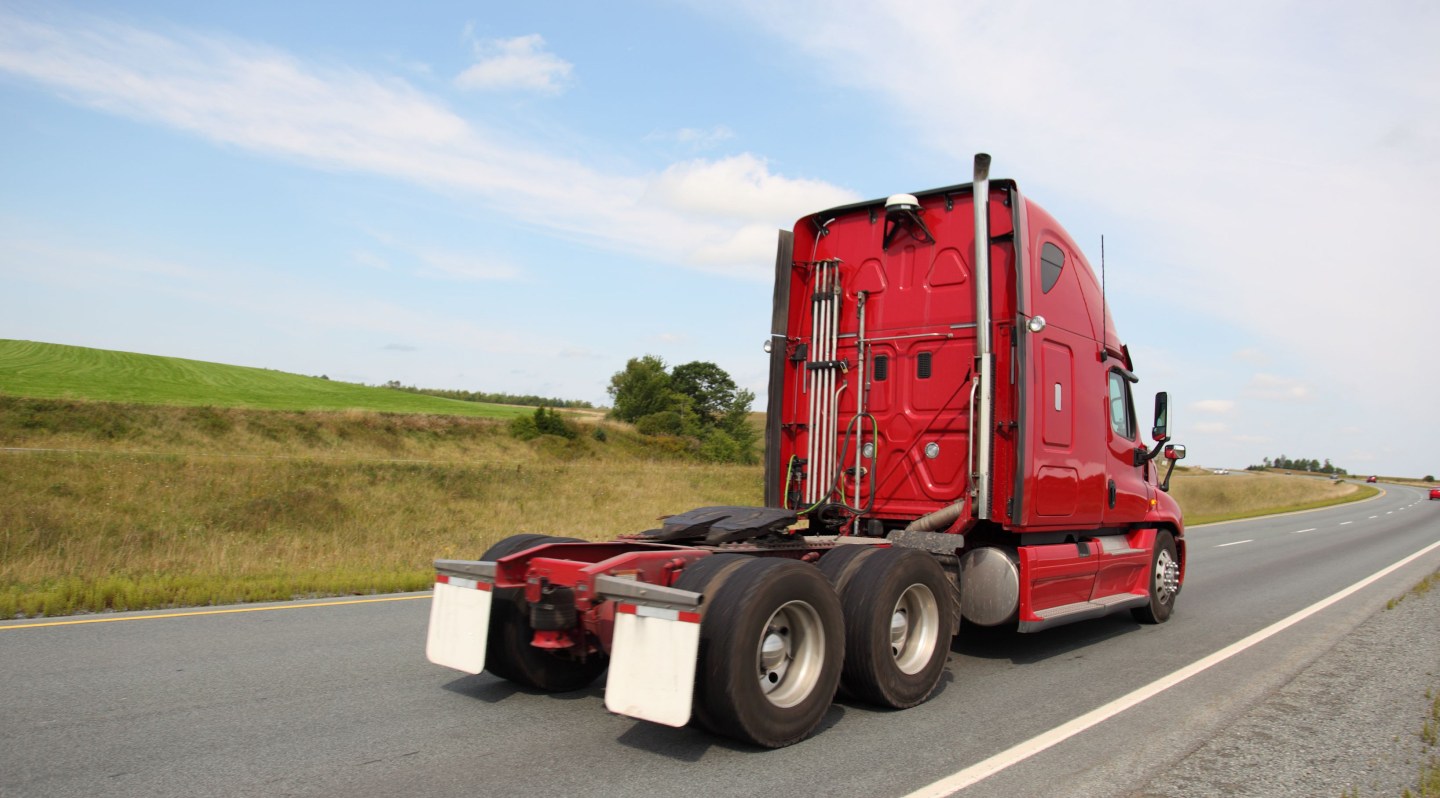 Bobtailing in the trucking industry can often be dangerous for both the truck driver and others on the road. This article will explain “what is bobtailing,” outline the risks, and share safety tips to help commercial fleet owner-operators support their drivers.

Semi-trailer trucks play a valuable role in the economy. They move cargo and support supply chain logistics. In bobtail driving, the semi-truck is on the road without an attached trailer. The driver may be picking up cargo at the beginning of their shift. Or they may have already dropped off cargo and be heading home.

Bobtailing shouldn’t be confused with deadheading, which is when the driver is hauling an empty trailer. To help differentiate the two terms, consider the origins of the word. The term “bobtailing” is thought to originate from cutting down a horse’s tail to avoid its hair from getting caught in horse-drawn sleighs, or from the resemblance of the truck without its trailer to a breed of cat with particularly short tails.

What is a bobtail truck?

A bobtailing truck is a semi-truck without its bulky trailer. That might seem like a good thing for the driver. However, these trucks are designed to carry loads. So, the truck’s weight changes when the semi-truck is in bobtail mode. The difference in the weight means the driver should adjust their maneuvering and braking.

There are three common types of bobtail trucks:

How long is a bobtail truck?

A bobtail truck’s typical dimensions are 24 feet long, 13 feet 4 inches tall, and 96 inches wide, excluding the mirrors. The weight of a bobtail truck depends on the number of people on board, the amount of fuel carried, and the size of the sleeper car as well as other specs. However, with two drivers and full fuel and diesel exhaust fluid (DEF) tanks, expect the weight to be around 20,000 pounds.

What causes bobtail in trucking?

Bobtail in trucking happens when the driver is en route to a dispatch site to pick up a loaded trailer. Alternately, when the driver returns to a terminal after dropping off the cargo-carrying trailer.

Why is bobtailing dangerous?

According to the Department of Transportation, truck collisions have risen since 2008 in the United States. The increase of trucks on the road, and pressure on drivers during the ongoing supply chain crisis, does little to cut back on this concern. Semi-trucks bobtailing between deliveries add to the list of potential dangers on the road.

Bobtailing is dangerous because trucks are designed to carry heavy loads. Because these trucks are expected to carry cargo most of the time, most of the braking power is in the rear axle, under the trailer. So, when a truck is bobtailing, the weight is over its front wheels, which are set up more for steering than braking. The braking power is reduced because there’s little weight over that rear axle.

Additionally, drivers are trained to handle trucks with trailers attached. There may be less attention paid to preparing drivers to bobtail, as it happens less often. Yet, this is a more challenging mode to drive the truck.

Preserve the space cushion around your vehicle. Also, make sure that you’re allowing adequate time and distance for the truck to come to a stop during bobtailing. With less weight comes less friction, which can dramatically increase the truck’s braking needs.

Be alert on winding roads or when driving downhill. Bobtail trucks are more likely to skid out in tight or sudden curves. The change in braking can also impact downhill driving. A bobtail truck can pick up speed faster than a loaded truck.

Wet weather, snowy, or icy conditions can also be more challenging when trucks are in bobtail mode. These trucks are more difficult to maneuver and brake, and inclement conditions add complexity to safe driving efforts. Make sure to check road and weather conditions before bobtailing.

Also, avoid driving a bobtail truck when tired. This type of driving requires more attention and can be stressful.

Lastly, be aware that your truck clearance may be higher as the vehicle isn’t weighted down by the attached trailer.

Drivers dislike bobtailing because of the dangers associated with driving a truck that’s more challenging to operate.

Additionally, driving a bobtail truck costs the driver money for fuel while they aren’t generating revenue from carrying a load. To make things even more unpleasant, the driver is often in for a much bumpier ride when the semi-truck doesn’t have its trailer attached.

How much does bobtail insurance cost?

Drivers, or the fleet companies they work for, generally need bobtail insurance, physical damage insurance, and non-truck liability coverage. The bobtail insurance typically costs less than the general trucking liability insurance. Commercial Truck Insurance HQ suggests it’s “usually within the $35-$60/month range.” The site also suggests you may get a better deal by packaging the different types of insurance.

How to use Motive to prevent bobtailing truck accidents

Bobtailing can’t always be avoided, so commercial fleet owners and operators should do their part to prevent bobtailing truck accidents. That starts with educating team members about the risks and safety measures. Accident prevention powered by artificial intelligence (AI) can help too. The Motive AI Dashcam and automated coaching technology can transform the safety of your fleet.

Motive’s features such as video recall and live streaming can offer your business complete visibility into daily operations. If a bobtailing accident occurs, the dash cam video can help prove driver innocence and defend your business against litigation. To learn more context, you can recall footage from the last 68 to 104 hours.